Welcome to Designing from Bones, where we use archaeology, mythology and the artifacts of human history to find and design stories.

The portal keeper beckons us step through the misty portal to a land that is both fanciful and real, at least in the imaginations of those that have sought to use its unseen shores to make sense of things not understood. Come my friends, join me as we seek Lemuria. 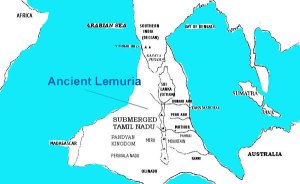 The Lost Continent of Lemuria

The Birth of Lemuria

Charles Darwin and his theories of evolution caused many heated debates in the past as they do today. Some of the stranger arguments came about as scientists and non-believers battled over the assessment of real world evidence. One such battleground focused around the exotic lemur which is found in both Madagascar and India but no where in between. This is unusual for a land bound species as the common method is a slow expansion from a single area rather than a sudden appearance in two disparate places. 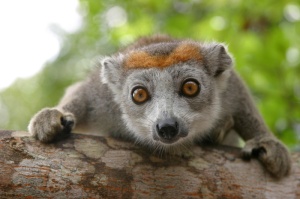 Hey! Who stole my continent?

To explain the reason for this, in the case of the lemur, a biogeographer named Philip Sclater proposed that a continent once existed, stretching across the Indian Ocean and connecting Madagascar, India and Australia thus allowing for the propagation of species. He theorized that the land bridge had since sunk, taking evidence of the migratory expansions with it. Sclater proposed the name Lemuria for this continent in 1864.

Plate tectonics, the movements of massive slabs of earth that we now know form the surface of the planet, didn’t come on the scene until the late 1950’s, so at the time, Sclater’s theory was not only accepted, it gained significant ground. Many living during that time already dreamed of the hidden beauty of Atlantis and the mysterious lost Pacific continent of Mu, so why not a massive land bridge in the Indian Ocean as well.

Continents do not vanish without a trace and indeed several have sunk beneath the oceans of the planet. Yet each of these left evidence that is still there, sitting on the bottom of the ocean to find. Not so with Lemuria. While a research vessel found evidence in 1999 of a sunken island known as the Kerguelen Plateau this landmass had been submerged for 20 million years and was not large enough to have acted as a land bridge.

The existence of Lemuria proved false but, as we all know, things rarely end as easily as they begin. 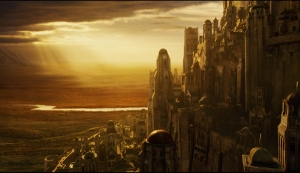 The Cult of Lemuria

Humans have a difficult time letting go of concepts once they are accepted. This is part of what makes fictional worlds real to a reader. How many of you have traveled Middle Earth? I’d bet you can smell the pipe smoke, hear the groaning of the Ents, see the blazing glory of Minas Tirith as the sun turns its ivory towers into a vision of heaven. This is the power of accepted belief. Orcs are real because Tolkein made them real to us.

However, real in the mind, for some, becomes reality itself. 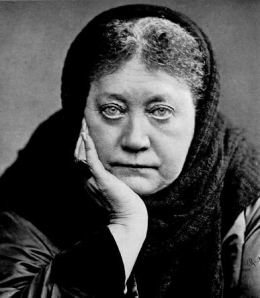 In 1875, only eleven years after the first mention of Lemuria, Helena Blavatsky co-founded a cult known as the Theosophical Society. At the core of the societies beliefs lays the myth of the Root Races, or master races of humanity. The system she designed and its attached dogma was used by a certain megalomaniac to prove the sanctity of the Aryan Race (Root Race number 5). Blavatsky attributed pre-Aryan races to various non-existent but theorized locations. The fourth to Atlantis and the third to Lemuria.

She believed that the Lemurians co-existed with the dinosaurs, were black (the actual color not the modern slang term), reproduced by laying eggs and met destruction when their continent was sunk by a period of excessive volcanic activity. Of course, had there been that much volcanic activity there would be volcanoes or at least remnants to find. There are none.

The continent of Lemuria provides a ready made world for fiction. Put a space station on it and we have sci-fi. Dragons or even the egg-laying Lemurians and it provides a locale for fantasy or stories set on an alternate Earth.

Lemuria can be attached to other bodies as in the real world myth or it can be detached and alone, an island of adventure waiting to be explored. What if Lemuria floated in the sky, harboring coal black creatures that harvest the power of volcanoes to control the floating continent and look down on humanity as if they were the Greek gods on Olympus? Perhaps it is the remnant of an advanced civilization now inhabited by primitives and the first aircraft of the lower world are about to land and make first contact. Submerge the continent but have civilization continue and it brings a new flavor to the legends of merfolk and societies adapted to the depths. Consider this: Would a mermaid lay an egg? 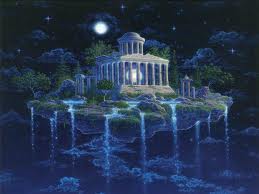 Add to all of this the cult. Could they be humans that worship Lemurians as divine? What powers would these strange beings possess and how would modern humans interact with them? Powerful ideas are born from the oddities and bizarre beliefs of the past and many abound here waiting for your writers touch.

The portal keeper bids us return through the misty portal. Lemuria awaits your heroes and villains. What adventure summons their travels there is but a thought away in your mind.